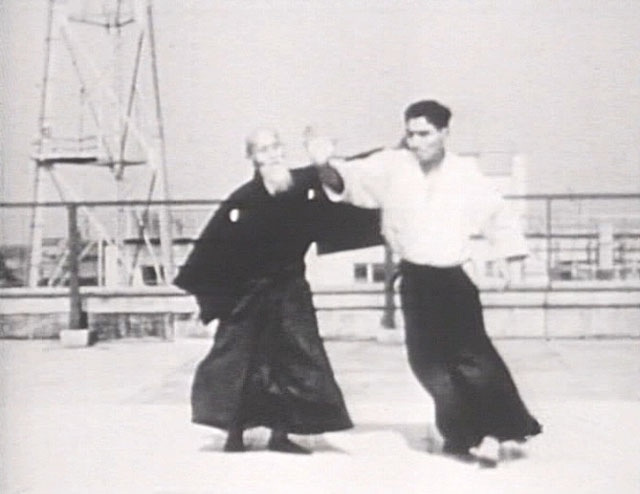 Hiroshi Tada (多田 宏) sensei is currently the Aikikai’s only living 9th dan – at 83 years old he has been called a “Geriatric Genius” by Aikido Journal Editor Stan Pranin. Certainly he remains active and dynamic to this day, some sixty-five years after he entered Ueshiba Dojo in 1948.

If this lecture series has interested you then you may also be interested in this eight part interview with Tada sensei conducted by Tatsuro Uchida, who is a well known Japanese author and a long-time student of Hiroshi Tada:

This is the fifth and final section of the English translation of a lecture given by Hiroshi Tada sensei at the 15th anniversary of the Yachimata Aikido Association on September 26th 2004. You may wish to read Part 1, Part 2, Part 3 and Part 4 before reading this section. Tada sensei’s comments in this final section may be of particular interest to those researching internal power and solo training.

Mushin no Kamae (“Stance of No-Mind” /無心の構え) is required. One must apply technique with Mushin. Unless your training is aimed towards Mushin from the very beginning you will never reach it. Please refer to the Tada Juku training methods for specifics.

In the previous section I covered the major points from yesterday’s (International Seminar) lecture.

For example, in the “Hagakure” (葉隠 / “Hidden by the Leaves”) it says “The way of the Samurai is found in death”(武士道とは死ぬことと見つけたり). We were the children of war, so we believed that we were resigned to death, but this is not what is being discussed. In order to truly survive, in order to succeed at your task, you must not choose a path for the sake of your own personal benefit. One chooses their path in the fraction of an instant with 100% disregard for their own death. When one does that they will not become mired down and they will succeed in their affairs. It is a teaching that will enable one to reach their goal (life).

If one is just dying it’s not a very difficult thing. In fulfilling the power of life the teaching hidden among the leaves is the importance of not being taken in by the object.

For that reason, a variety of training methods, such as training in Kokyu-ho, and many other details are needed, but the essential point of Budo is what I have stated here. If you know this method then you should be able to construct your own method of practice. 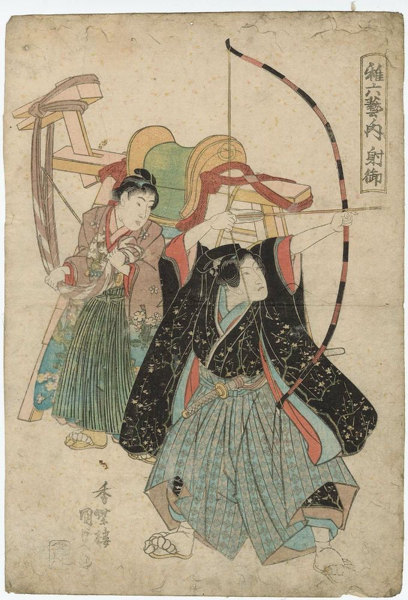 As you know, the basis of Budo is Archery and Horsemanship.

In the past this was called “Rikugei” (Translator’s Note: 六藝 the six warrior arts taught in Zhao Dynasty China, they appear in the classic Confucian text “Zhou Li” – 周禮/周礼). This was a teaching of Confucius. Etiquette (national etiquette, individual etiquette), calligraphy (reading and writing), mathematics (knowledge relating to mathematics), these were academic subjects – music, control (control over a horse, horsemanship) and shooting (archery).

These six things often appear in Budo scrolls, but we’ll have to move on to higher concepts in order to discuss why Confucius would have taught such things.

In other words, the horse is the object, and one does not attempt to apply some kind of action to an object. It is the idea that when one uses their mind and body carefully then technique will be born. This is not “Keichu” – this is a Confucian teaching in order to attain the “state of Shuchu”. This is difficult to explain by jumping right into higher concepts, so Confucius explained it through the means of things such as Kenjutsu.

Music, control (horsemanship) and shooting (archery) – these are the foundation.

Place your hand right against them like this. Do not pull on the opponent. If you watch O-Sensei you’ll understand this point. Even with large people, one’s hips drop and they will be shut down.

For example, even with musical instruments, if one tries to do something to the piano itself then they won’t be able to do anything. The piano remains the way it is as one moves themselves carefully. It’s the same with a violin. They are all the same. By arranging oneself carefully one is able to achieve a good result.

Even in Aikido, although it requires a great deal of dedication to improvement, one moves themselves carefully. I watched O-Sensei and thought that I would like to do techniques like that, so I etched them in my heart. When you do that they become traced well into your body. That’s why, truthfully speaking, in Aikido it can be said that techniques of the mind come before techniques of the body.

When the opponent flies away at the moment that they appear in front of you, O-Sensei would call it “opening his eyes”. He said that in that moment his body would move automatically and the movement would be expressed. Before the opponent, the technique was born in his mind. This is required first. This is realized in the nerves of your entire body and becomes manifest. One must practice the fundamentals and breathing methods extensively in order to perform that type of movement.

The biggest challenge for Aikido in the future is how to express this type of concept in very logical terms that are in accord with everyday modern life.

Because the theory is difficult it is rarely discussed. I heard these theories from the time that I was a child, and because of meeting Tempu sensei and being able to get an introduction to enter the Ichikukai Dojo, I understand. Perhaps it’s difficult to understand without that even if one listens to O-Sensei’s lectures, because this is a specialized field of study. 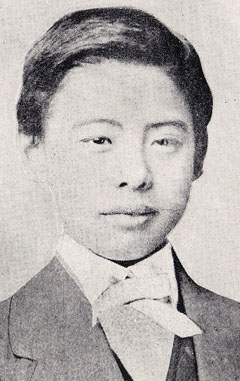 *Translator’s Note: Hiraoka went to America in 1871 and studied railway technology while working for train manufacturers in Boston and Philadelphia. When he returned to Japan in 1876, he brought with him some baseball equipment as souvenirs from America and later formed Japan’s first baseball team, the Shimbashi Athletic Club.

Specialized fields of study are not limited to Aikido. I am trying my best to explain this to those who want to break through the walls, like Mr. Hiraoka did with baseball. Just because one comes to Aikido doesn’t mean that they will be able to perfect it. The use of Ki in Aikido, in essence, the way that the mind is held, that is what is important.

When speaking of the “mind”, “saints” (聖人君子) present themselves. A human being who is such a perfect example, who can tell others how to live their lives, doesn’t exist. It’s rather impossible.

The problem is one of how one’s life force can be increased to its greatest limits, and how it can be used. In other words, how eastern thought can be applied in modern times. I think that it would be beneficial if there were an increase in the number of university students specializing in the research of these subjects. However, unlike times past, it is difficult to make this a specialty in modern times.

The greatest problem is how to diagram Shuchu and Keichu.

Today people may have been doing it as if it were nothing, but A-un Kokyu-ho and the vibration of human nerves is extremely important. The movement of life is vibration, the energy enters directly through the nervous system.

Normally we use some kind of apparatus. Musical therapy, vibration therapy, increasing your strength through lifting weights and investigating methods of self regulation of the body, these are all tools for attacking this greatest of problems. 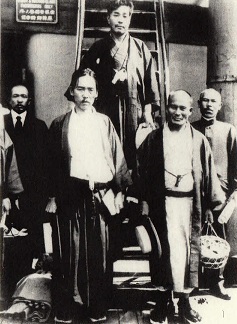 O-Sensei’s Misogi is the same. Before training O-Sensei would chant Norito (Shinto prayers) for a long time. It was really tough! He would forget that the students were sitting there behind him. Many time he would chant continuously from 6:30 all the way to 7:30. When Sensei was chanting he would fall into a trance and continuously create new prayers.

One creates a vibration within themselves with the echo of their own voice. We did it like it was nothing, but the Kokyu-ho that we did today, for example, is effective when one is worn out, or when one has suffered from a bad experience.

In ancient times the Samurai’s armor would vibrate before battle with the tremors of their excitement. It’s not that they were afraid, it’s that they were building up their life forces. One generates that artificially. The power of the voice can be applied effectively, using Kokyu-ho as a device. For example, the concentration of extremely tiny vibrations in a place that is hurt or injured. There are many methods of accomplishing this concentration. Please research into this on your own.

One must express the way that they hold their mind in technique.

For example, in Shiho-nage one does not just perform a Kata with the body, first one must sketch in their mind how they will move and what kind of condition they will construct. Then one enters directly with Kokyu-ho. This is one method of training.

In order to become a master one must do a great deal of solo training and individual practice. Anybody who does that will be able to progress, even if they don’t become a master. Please research this.

When one begins with research into Kokyu-ho they will come to understand what kind of training comes next. And not just Aikido. Everybody has their own areas of specialization – making use of those skills is important.

If you have some time please read through some of O-Sensei’s Doka (“Poems of the Way”).

You must keep today’s lecture in mind while training in order to create technique naturally and effortlessly like O-Sensei.