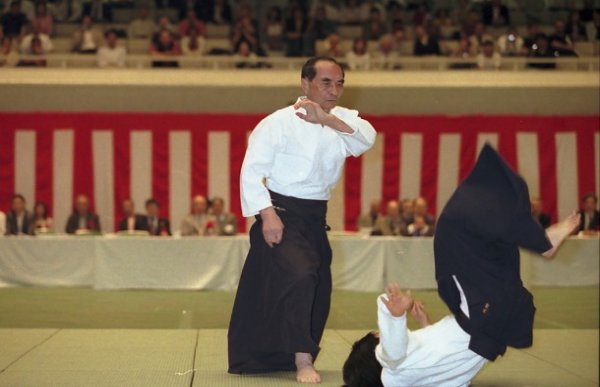 The most influential person in the history of Japan

This is part 5 of the English translation of an interview in Japanese with Hiroshi Tada. You may want to read the previous sections first: 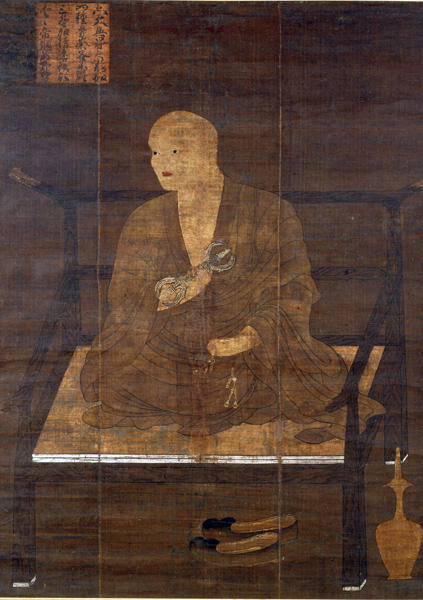 Uchida: Ahh, I couldn’t say it. I thought that it was something else. (laughs) 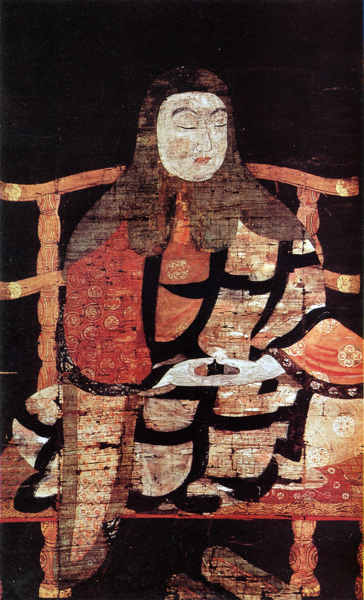 Without exception, the founders of the top Ryu all made retreats to shrines and temples for ascetic training. Japanese Budo has a long history in esoteric Buddhism and then Zen after the Kamakura period, all against the backdrop of Shinto. It was through this that they were able to attain a deep understanding of both spirit and technique.

Tada: As far as what Kukai studied when he went to Xian, it was Yoga that he learned. Today it is respected all over the world as the science of mental concentration. The principles of Raja Yoga came to Japan more than 1,000 years ago. And they had a great influence on Budo. For that reason, if you research the Shin-Shin Toitsu-ho of Tempu Sensei, which explains the Eastern theory and practice of the relationship of the mind and body in modern terms, then when you read the traditional scrolls (伝書) of Budo you will understand them well.

If you don’t understand this, then when you read books on the history of Budo or the traditional scrolls of Budo you may understand the knowledge, but you will not understand how to bring those things to life in the practice of modern Budo. More than just not understanding, you will come to the mistaken assumption that the warriors of the past relied on Buddha or the gods, were superstitious, or believed in non-scientific explanations.

Uchida: When I watch videos of Kobudo, the techniques of Katori Shinto-ryu, which are said to have been transmitted for 600 years without change, appear to be extremely quick and rational. 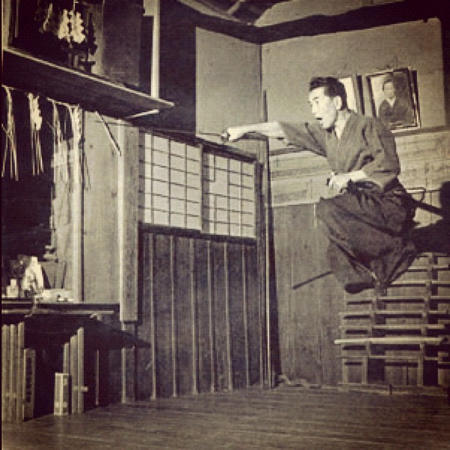 Tada: Most Katori Shinto-ryu is related to Risuke Otake (大竹利典) Shihan. My student Hironobu Yamada (山田博信) has trained in it and received an instructor’s certificate.

Uchida: There are many different schools of Kobudo, but the number of actual practitioners is decreasing.

Tada: Every year there are fewer and fewer.

Uchida: Should Aikido be classified as a Kobudo?

Tada: I don’t think so. However, Daito-ryu may be classified as a Kobudo. Aikido is a modern Budo derived by Morihei Ueshiba Sensei. For that reason, the argument, “Aikido is a Kobudo, so if it is made into a sport it will be refreshed” is completely backwards from my point of view.

Making Aikido into a sport would send it 50 or 100 years backwards. Jigoro Kano Sensei was an outstanding educator. However, Kano Sensei founded Kodokan Judo more than 100 years ago. Today, when we are just a short time away from the 21st century, I don’t think that it would be wise to take the work of Kano Sensei as our benchmark and make Aikido into a competitive sport. Competition is not the only method of modernization.

That is because, when we look at the world situation, it is clear that the Asian training methodology left to us by our forefathers is of vital importance. I spoke about this before…

Our forefathers have taught us of the world of mind and body discipline that cannot in any way be transformed into a competitive sport.

It was actually Morihei Ueshiba Sensei who showed us this, but there are still many people who do not know. From now it is necessary to explain Aikido in a way that can even be understood by the general public. Even in Aikido as physical training it is important to fully understand this point as we move forward. If this is not so, then we will earn the disrespect of foreign Aikido persons of good sense.

Uchida: However, I think that there is a great educational benefit in Aikido. I think that it would be good to adopt Aikido as a formal part of the physical education curriculum in middle and high schools, alongside Kendo and Judo.

Tada: This has already been implemented. There are preparations to begin from this April.

Uchida: Is that right!?! I didn’t know that.

Tada: You didn’t know? There was a communication from the Ministry of Education. I think that there must be someone of San-dan or above, with a curriculum schedule and program. It can be implemented immediately. As a part of the curriculum, or a club. I think that middle schools began last year, and high schools will begin this year. However, not many people are showing interest.

Uchida: Is that right? Don’t you think that more people will become interested in the future? Those in the Aikikai must create a basic program.

Tada: For reasons that don’t make sense to anybody, some people are opposed to the spirit of Budo.

Uchida: There are people who are opposed?

Tada: To the phrase “The Budo Spirit” (武道の精神性). The are two paths in Japanese Budo’s Way of the Spirit. Just as a rope is made from from two entwined strands, these two paths twine around each other. Those who study these ways call them “Shingaku no Michi” (心学の道) and “Shinpou no Michi” (心法の道).

One is what had been referred to as Bushido (武士道). If you will, ethics. During the stability of the Tokugawa era, when the feudal system had been established, it was necessary that warriors (武士) should be prepared to die for their Lords at any time, and Bujutsu was encouraged as a method of education towards this end. Bujutsu is the profession of the warrior, and it was very effective in teaching the technique of facing death at all times. Then, after Meiji and until Showa, it was taken over by the ideas of “Loyalty and Patriotism” (忠君愛国). Although we saw all of that break up and disappear after the war… However, this Way is something that outsiders sought to use Budo for, according to the society of the period. This Budo itself is not something that you carry inside of yourself. Today this Way has become like mist, and can be said to have disappeared. There is no formal educational method – “Human beings, live like this!” – that anyone in society can recognize, and calls for a strong, ideal human image. Of course, it can be said that one characteristic of the mental training of Budo is proper etiquette and manners, but although that is good in its own way, it is not something that is limited to Budo training.

Then, one more Way, this is the internal Way (method) that has truly been developed by Japanese Budo. As I mentioned earlier, inspired by ascetic training in Tantric Buddhism, Zen and Shinto, forged through the senses of mental concentration, as you would say, a Way developed from ways of holding and using the mind as the science of mental concentration. In the coming era I believe that this will be of vital importance.

“Bushido” is the outer appearance in society. For that reason, it changes with the times. When the society of the Samurai came to an end “Bushido” also became a thing of past glories, it was a truly wonderful thing, but it became something abstract. “Loyalty and Patriotism” (忠君愛国), for that matter, changed easily when the border of Showa year 20, August 15th (Note: August 15th 1945, Emperor Hirohito’s announcement of Japan’s surrender) was crossed. At the time I was a fourth year middle school student (now this would be the first year of high school), and it was shocking to see education actually change directions completely with such ease. (laughing) In other words, changing with the times. Those kinds of ethics. In other words, they are all relative.

On the other hand, even if times change, the other Way does not. “What are human beings, what is the universe?” Because these are the roots of your world view, of your ideal view of life. That is of vital importance in the true current (flow) of Japanese Budo.

Yukichi Fukuzawa on the 10,000 yen bill
“Leave Asia, Enter Europe” (脱亜入欧) was Fukuzawa’s argument for the Westernization of Japan

However, this important Way was largely lost during the Meiji Reformation. The new Meiji government embraced the anti-Buddhist movement and shrine consolidation measures with the concept of “Leave Asia, Enter Europe” (脱亜入欧). Tantric Buddhism, said to be the most superstitious of the group, was especially proscribed. The thread of these actions would have a far-reaching effect.

Because the Way of Aiki was opened through the Misogi-born insights of Morihei Ueshiba Sensei, who was born and educated in Kii (Note: the Kii peninsula, where Wakayama is located), the spirit of traditional research into the ways of holding and using the mind, and methods of using that in the body, were treated with importance. That is a point of vital importance, and it is an important key to the future development of Aikido. That spirit is not just Japanese, but is a spirit that communicates to the world, and is a spirit that contributes to peace in today’s world.

However, this is not something that can just be known vaguely, you must also be fully conversant with the concrete training methods relating to this method of thinking about the mind, the body, and technique. Said simply, it is the same thing as knowing exactly “What train I’m on, and where it’s going”. To put it the other way around, most people just hop on the train without having any idea where they’re going.

Uchida: We just thought that things would all be OK if we followed the teacher…

Tada: That’s all right. If one group is is doing that. Even if you say “We’re going to do this”, it’s impossible. Without realizing it you progress along the path. That’s the way it is.

I didn’t think the way that I do today when I first started. Ueshiba Sensei, Tenpu Sensei, Ichikukai, fasting, experiences in Europe…it’s step by step. 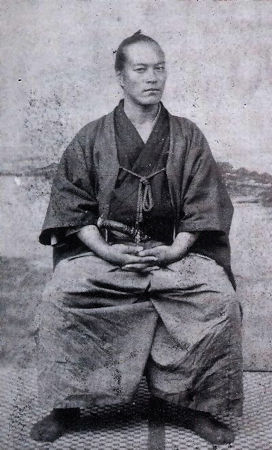 Tada: The Ichikukai was a Zen and Misogi training group founded by members of the Tokyo Imperial University rowing team with Tetsuju Ogura (Note: 小倉鉄樹, the last disciple of the famous swordsman and calligrapher Tesshu Yamaoka). Tesshu Yamaoka Sensei passed away on July 19th, and the group met each month on the 19th, so it was called the “Ichi” (“1”) “ku” (“9”) “kai” (“association”), which later became a formally incorporated entity. When I started it was in a an old building in Nakano in Nogatamachi that was built long before the Taisho Earthquake (Note: the Great Kanto Earthquake of 1923).

Tetsuju Ogura Sensei was said to be the last Uchi-Deshi of Tesshu Yamaoka. He enrolled in order to study the sword, but was told by Tesshu Sensei that the future was the world of the spirit, and to pursue Zen, so he went to Kyoto and became a disciple of Zen Buddhism.

There is a book by Tetsuju Ogura Sensei called “My Teacher” (俺の師匠), this is the most accurate biography of Tesshu Yamaoka Sensei. As I mentioned before, I was introduced to the Ichikukai Dojo by the Yokoyama brothers.