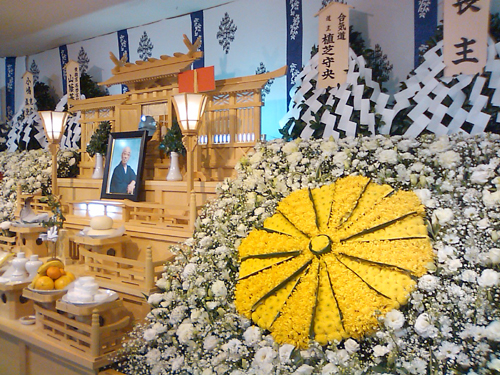 Hiding in the mountains while chased by the CIA

Masando Sasaki (佐々木の将人), 8th Dan, passed away on February 15th 2013 at the age of 84. He was one of the early post-war students of Aikido Founder Morihei Ueshiba, entering Aikikai Hombu Dojo in 1954.

He was a colorful character, and often controversial. Concerned with the course of Japanese political affairs, he set up a spy school together with some former members the of the Nakano spy school (Morihei Ueshiba was an instructor at the Nakano spy school until 1942). Exposed in the United States through an article in Time Magazine, he was forced to resign from the Japanese Defense Agency.

This is the second part of a three part English translation of an interview with Masando Sasaki that was published in a collection of interviews with students of the Founder published in Japanese as “Profiles of the Founder” (開祖の横顔) in 2009. You may wish to read Part 1 of the interview before reading this section. 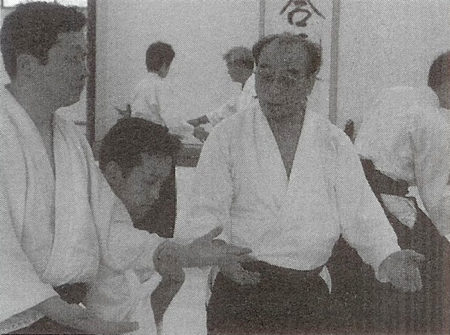 Q: Where in Nagoya were the draftees sent?

A: We were sent to construct aircraft at the Mitsubishi Heavy Industries (三菱重工) plant in Nagoya. I wanted to become a member of the Special Attack Units (*特攻隊 – the forces used for suicide missions such as the kamikaze dive-bombers), but at least I got to build airplanes.

A: I was fourteen. I was a child, so I went eagerly, thinking that I would be able to construct entire airplanes, but I only made screws. (laughing) While I was doing that the war ended.

Q: So there was a little time between when the war ended and your meeting with the Founder. What were you doing during that time?

A: During that time, and even now, I liked carpentry. Isn’t it a good feeling to plan something out and then construct and complete it? Even now there are a lot of things that I made myself here and there.

Q: (laughing) Sensei, how old were you when that happened?

A: I was nineteen, it was right after the end of the war. After that I did a lot of different things, in order to eat. Running a used book store, bringing paper to Tokyo from the countryside, etc. I really made some money that way! That’s because it was a time when there was no paper. At that time they were building up the new middle school system, so I painted blackboards, and sold rice on the black market. Don’t write this down! (laughing)

Q: Everyone was doing these things at the time, weren’t they? 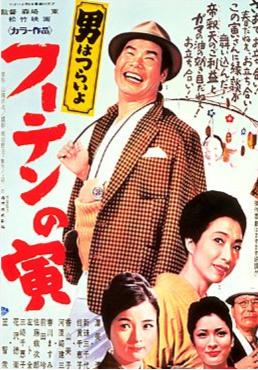 A: Even now, when I am asked to give lectures, their roots of the lectures are in the that street vendor’s sales pitch. I was like that vagabond Tora-san in the movie “Otoko wa Tsurai yo”. When I was pitching books on the street in Ueno I’d say (*adopts a very slick tone of voice) “Gather round, gather round – a reference book for students – medicine for those with weak eyesight – a gift for the afterlife for Grandfather and Grandmother” – there is a specific pitch of voice for each.

A: It’s really hard to stop someone who’s walking down the street and sell them something. You have to write it all down first and memorize it. At first it was a struggle, but I began to enjoy it after I got used to it. Even now, I love it more than Aikido. (laughing) After that I entered the National Police Reserve (警察予備隊). That was Showa year 25 (1950).

Q: Isn’t the National Police Reserve the predecessor of the Self Defense Forces (自衛隊)?

A: That’s right. You couldn’t join the National Police Reserve if you were missing an eye, but I thought “Somehow it’ll work out” and cheated on the examination. (laughing) That’s how I was able to join up.

Masando Sasaki Sensei demonstrates his trick
for passing the eye examination for the National Police Reserve
“When they said right I held up the right hand,
when they said left I held up the left hand.
They didn’t say anything about which eye… (laughing)”

Q: It’s a wonder that you weren’t found out! (laughing) How many years were you in the National Police Reserve?

Hiding in the mountains while chased by the CIA, meeting Tempu sensei

Q: After finishing graduate school in the Department of Law, didn’t you even want to enter the legal profession?

A: I wanted to be a lawyer. Then I was thinking about going into politics. At that time a Sempai (senior) that I was living with suddenly died of a heart attack. I wonder if you could call it fate – I began to think “What is the purpose of human life?”.

A: 30 years old. It was an event that was a turning point in my life. Around that time I formed a spy school and a terrorist organization.

Q: Were you planning to subvert the government?

A: Well…a lot of things were going on. So, I thought that it was for the sake of the country that I was forming the spy school, but we were found out by the American CIA and I ran away into the mountains. There was an article with photographs called “The Spies of Japan” published in the American magazine “Time”.

Q: Unbelievable! What about Aikido during that time?

A: I was just doing it as a hobby.

Q: Weren’t you kept busy carrying bags for the Founder?

A: Carrying bags started after I became an Aikido Shihan!