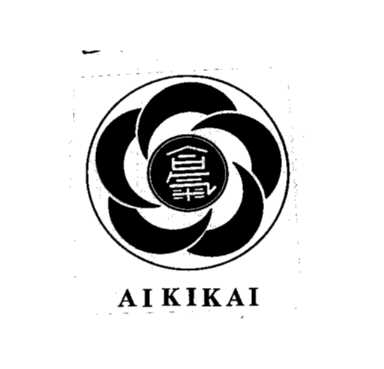 Who’s doing Aikido, who isn’t, and who decides.

Here’s something that caught my eye from “Best Aikido, The Fundamentals” (Kisshomaru Ueshiba Doshu and Moriteru Ueshiba Hombu Dojo-cho), which was published in 1997 as 「規範合氣道基本編」 in Japanese:

Ｑ：Are there different schools of Aikido?

Ａ：To be sure, there are many systems that claim to be “such-and-such Aikido,” even without really knowing what Aikido is. And there are some splinter groups that have been established by former students of the Founder, with a few even going so far as to introduce organized competition, something that is totally contrary to the spirit of Aikido. Regardless of how similar the techniques appear, if they are divorced from the spirit of the Founder it is not Aikido.

We do not like to think that there are separate schools of Aikido. If we draw too many distinctions between different interpretations of the techniques, the universal character of Aikido will be degraded.

The English translation on the bottom is by John Stevens, who was diplomatic in translating the section on schools of Aikido that incorporate competition – which I assume would mean Kenji Tomiki’s Aikido groups, primarily represented by the Japan Aikido Association.

In the original Japanese the sentence in question is:

“For example, those that have instituted competitive matches have obviously forgotten the true nature of Aikido, and cannot be called Aikido.”

Which seems, to me, to be quite a bit more inflammatory than John’s translation.

Now, I don’t want to beat up on John, who is a friend and actually lives just down the street from me, I admire his tact and diplomacy in softening the delivery of what could actually be a very divisive sentence. I will say that this points out one of the many difficulties of translation.

What really struck me is this – who does “Aikido”, and who gets to decide?

I’ll admit, I have a personal bone in this contest – more than once I’ve had people comment about instructors that we’ve invited for workshops – “They don’t do Aikido,how can I learn anything from them?”.

Remember that, I’ll mention it later on.

It’s fairly unusual for the traditional Japanese martial arts to deal with trademarks, although there have been some exceptions – a trademark fight in Kyokushin Karate, and another one in Daito-ryu.

Still, I think that it is clear, from the actions of the Ueshiba family and the statement above, that they (A) consider the art of Aikido to be a Ueshiba family property and (B) would like to ignore the people who, somewhat inconveniently, ignore point (A).

Here’s why it seems to me that the Aikikai has some pretty serious problems with laying exclusive claim to the name and definition of “Aikido”.

“Aikido” is not, so far as I know, trademarked in Japan, and there are at least three pre-war organizations in addition to the Aikikai that use the term, although they are all much smaller and one of them doesn’t even exist in Japan anymore (it does continue in the United States).

The name “Aikido” was created in 1942 by a committee at the Dai Nippon Butokukai, which was the Japanese government agency tasked with standardizing and regulating the traditional Japanese martial arts. Minoru Hirai, the Director of General Affairs for Morihei Ueshiba’s Kobukan Dojo, played a role in the selection – which was done by committee (from Aikido Journal – see the full interview):

I believe you played major role in the name-change from aiki budo to aikido when you were a representative of the Kobukan Dojo to the Dai Nihon Butokukai.

I was the Director of General Affairs of the Kobukan beginning around 1942 and I helped out Ueshiba Sensei in daily matters. “Aikido,” rather than being a specifically selected name, was the term used to refer to “Butokukai-Ryu” aiki budo within the Dai Nippon Butokukai. The headquarters of the Dai Nippon Butokukai was located in Kyoto and Butokuden centers were set up in all prefectures. Tatsuo Hisatomi from the Kodokan, and Shohei Fujinuma from kendo, were close friends of mine. The Butokukai was an independent, umbrella organization for the martial arts, and it also was in charge of martial arts in the police departments.

It was very difficult to create a new section in the Butokukai at that time. Mr. Hisatomi proposed the establishment of a new section including arts for actual fighting based on jujutsu techniques. The techniques of yawara (an alternate term for jujutsu) are comprehensive and also include the use of the ken and jo. I also made a number of suggestions and Mr. Fujinuma and Mr. Hisatomi understood my ideas. However, had I insisted on these things nothing would have been decided.

There was discussion within the Butokukai about the choice of a name for this new section. It was discussed many times in meetings of the Board of Directors, and particularly in the judo and kendo sections. We had to consider all of the different individual arts encompassed when we tried to come up with an all-inclusive name. It was decided to select an inoffensive name to avoid future friction among the different martial arts.

And there it is – “Aikido” was a general category name created to include a whole variety of different arts, not the name of any one specific art.

Well, WWII happened, the Japanese government fell and was reorganized, and the Dai Nippon Butokukai became defunct, at least in terms of its pre-war powers of regulation and organization of the martial arts.

Morihei Ueshiba took a liking to the name and latched on to it – in a later radio interview he would claim (after trying to change the subject) that he himself decided on the name at the suggestion of Kotaro Nakamura from the Ministry of Education, after the war!

Still, unless we’re going to argue it out in court as an intellectual property issue, which I certainly have no desire to do, then each and every one of us has to decide what “Aikido” is for themselves.

Ought it to consist solely of a certain set of techniques done as an empty shell that imitates the outer form of what Morihei Ueshiba was actually doing?

Gozo Shioda often stated that “learn and forget” was one of Ueshiba’s favorite phrases, and that he believed the technique in and of itself was not all that useful – that you should forget it as soon as you have learned it, leaving only the principle and the conditioning behind.

Here is my opinion – anyone who is imitating the form of the technique without addressing the basic principles that the Founder taught as Aiki cannot be said to be doing Aikido. No Aiki, No Aikido.

Further, someone who is following these principles, regardless of their affiliation to an established organization or to the lineage of Morihei Ueshiba, is doing Aikido.

Of course, you may not agree with me – opinions are like assholes, everyone has one.

And there’s still “They don’t do Aikido,how can I learn anything from them?” (remember that from the beginning?).

Well, there’s still this – Yukiyoshi Sagawa was a student of Sokaku Takeda, Morihei Ueshiba’s teacher. He was actually in the room when Ueshiba was introduced to Takeda at the Hisada Inn in 1915.

After that he really had no contact with Ueshiba, did not belong to an “Aikido” organization or the lineage of Morihei Ueshiba, except that they both trained under the same teacher.

After the war, around 1956, Morihei Ueshiba invited Sagawa to teach at Aikikai Hombu Dojo. In the end, however, Sagawa refused.

Think about it – Morihei Ueshiba thought that there was something to learn, why wouldn’t we think the same?

That’s not even counting the Koryu instructors that Ueshiba himself invited to instruct at the Kobukan – Ueshiba even went so far as to take Keppan (“blood oath”) in Kashima Shinto Ryu so that his son Kisshomaru could receive instruction.

Here’s another quote from an interview in Japanese with Nobuyoshi Tamura, as yet unpublished in English:

“From O-Sensei’s time there was a tradition like this in Aikido. O-Sensei would try out different things and if he found them interesting he would teach them to the students. ‘This is good’, or ‘this is no good’ he would say, and we were made to try them out (laughs). He would tell us to stop if something felt wrong.”

How did we get so far away from this, and close our minds so much?

When Henry Kono asked Morihei Ueshiba the question straight out, “How come we can’t do what you do?” the answer was equally straightforward: “Because you don’t understand “In” and “Yo” (“Yin” and “Yang”).”

Here’s the thing – “In” and “Yo” and the explanations of what they are and how they work figure prominently through Ueshiba’s writings.

Have you ever heard an explanation, or even a discussion, of these things in an “Aikido” class?

One wonders, then, just who is doing “Aikido”?

4 thoughts on “Aikido ™ – Can it really be trademarked?”