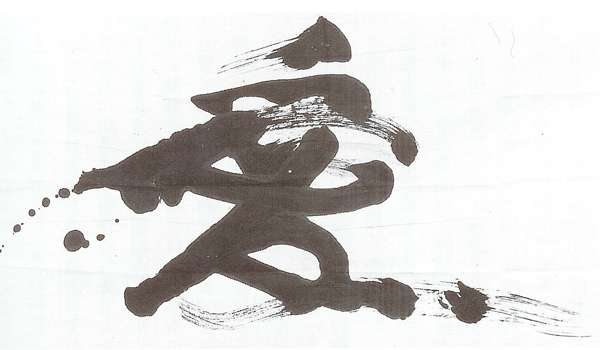 Takashi Sasaki on the Gokui of Aikido

Takashi Sasaki (佐々木貴) entered Aikikai Hombu Dojo in 1962. He completed a Master’s program in commerce from Waseda University in 1966, and with a Ni-Dan in Aikido from Morihei Ueshiba O-Sensei he departed for Germany, to work and teach Aikido. Returning to Japan in 1977, he was promoted to 7th Dan Aikikai in 2003. He is the author of “Budo Wisdom for Business” (ビジネスのための武道の智恵), and the founder of the Sasaki Aikido Institute (佐々木合気道研究所).

This is an English translation of some thoughts by Sasaki sensei on the nature of love in Aikido. There are many interesting articles on Aikido and Aikido training by Sasaki sensei available from the Sasaki Aikido Institute website.

The Secret of Aikido is love?

Those training hard in Aikido devote themselves to their goal each day, but they do so while constantly entertaining doubts as to whether the goal they are seeking is the correct one, whether this path will take them to that goal and which path they ought to choose.

There are important matters that are difficult to understand, but that all Shugyosha (修行者 / a person involved in austere and rigorous training) must question, worry and ponder upon, and what they all have in common is that their resolution is not simple. That which enables you to resolve those problems can be thought of as “Gokui” (極意 / “secrets”). Among these vital but difficult to understand problems there are greater and lesser matters, so there are also greater and lesser “Gokui”.

There is an absolute requirement in “Gokui” that if you do not follow them then the issue will not be resolved and you will not be able to move forward. For example, a “Gokui” for when you are unable to apply technique well is “technique is used in a cross” (技は十字でつかえ). If you categorize this as a lesser “Gokui”, then a greater “Gokui”, perhaps the greatest “Gokui”, is that which permits us to achieve the goal of Aikido. What “Gokui” is necessary in Aikido for this purpose? 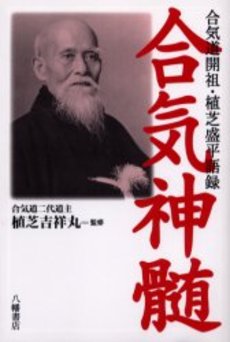 When we break this down, these things are necessary to achieve the goals of Aikido:

In other words, the “Gokui” of Aikido is “make oneself one with the universe itself”.

However, although the word “love” is used here, this “love” is different than “love” as it is commonly used.

“Love” is something that seems to have great importance for Aikido. For instance, the Founder would say things like Aikido is “Ai (Love) kido” (「愛気道」), or that Aikido is “the Budo of Love”. Further, he wrote many times that “the Gokui of Aikido is love” and “you must make the spirit of the universe (‘love’) your own spirit”.

However, the “love” of Aikido is different than “love” as it is used in daily life.

If you check the dictionary for the common definition of “love”, the following is what appears:

The “love” that is the Gokui of Aikido can be contained in the above definitions, but since, as written above, the “love” of Aikido “fills all corners of the universe, in all directions, in all times”, and because this is “the spirit of the universe”, there must be a different definition.

Incidentally, “all directions” (上下四方) is all of the space in three dimensions, and “all times” (古往今来) is all time past-present-future. In other words, the universe.

“The spirit of the universe” is “love”, this love is not tied to the time of the past-present-future, and fills every corner of space. Looked at in the micro scale, this may mean that there are no openings in your movement of in your ma-ai.

This is a special characteristic of the love of the universe, but another is that while the universe gives love it demands nothing in return.

The kind of love above also exists in everyday life. Looking at different cases, for example, there is the love between parents and children. When the children are small this is mainly something given from the parent to the child. This kind of natural love can be said to be instinctual. However, when the child grows up, if the parent demands some kind of return for their love, that love will come to change.

The love between a married couple is something that the couple gives to each other. It may be that there is some expectation of return, and appropriate give and take is the basis for harmony in marriage. At the least, it is good when gratitude is returned.

From these examples I would like to define “love” more simply. The explanation that comes out from my simple mind is “love is to think of standing in the other’s position and behaving that way”.

I think that it may be that the reason that Aikido is called the Budo of Love is because we think of standing in the position of the other as we apply technique. For example, if we do this than the other will be injured so I won’t do that, the Uke must be in pain because they are not very flexible so I’ll stretch it out a little bit, or the other does not know how to use their body so I’ll guide them along. 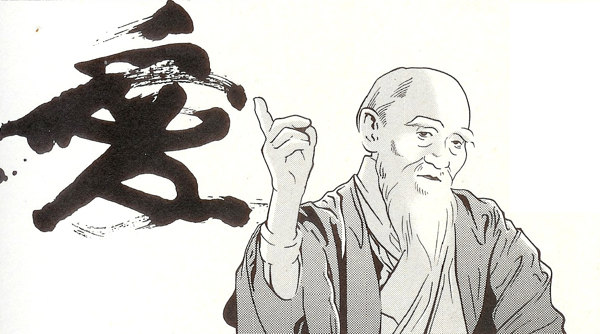 Aikido is the Budo of Love does not mean that you just practice without any strength in order to avoid making your practice partner feel uncomfortable. This is Budo, so in order to feel the intensity of Budo you and your partner must practice to your limits so that you can train in a way that you can both become better. It is thought that through training to your limits that true “love” comes forth. Becoming better means getting closer to your goal, so in order to become better you must have a goal.

Since the love of Aikido is the love of the spirit of the universe, as I wrote earlier, it must fill the universe without regards to time or empty space, and must not expect a return. Of course, if you are teaching Aikido for a living then there must be some return, but even then love is necessary. However, in that case, as the Founder said, first you must give love. As a result there is some return. Putting forth “love” with an expectation of a return can not have a good result.

When we unify these meanings of love and meanings of Aikido, one more definition of “love” comes forward.

Aikido as something that aids in the the positive development of the universe, as the Budo of Love, and as “Ai (Love) kido” (愛気道) are all connected. There is a kind of love called “platonic” love (純愛), but perhaps the love of Aikido can be said to be the love of the Universe, or “planetary” love.

3 thoughts on “The Secret of Aikido is love?”