Born in 1933, Nobuyoshi Tamura entered Aikikai Hombu Dojo as an uchi-deshi in 1953. He is frequently seen taking ukemi in post-war films of Aikido Founder Morihei Ueshiba. In 1961 he accompanied the Founder to Hawaii as his Otomo (attendant) for the dedication of the Honolulu Aiki Dojo. In 1964 he arrived in France, where he would be instrumental in the growth of Aikido throughout France and Europe. He passed away in July 2010, shortly after accepting an invitation to attend the 50th anniversary celebration of O-Sensei’s visit to Hawaii, which would be held in February 2011.

What follows is part 1 of the translated text of the interview with Nobuyoshi Tamura from “Profiles of the Founder”. 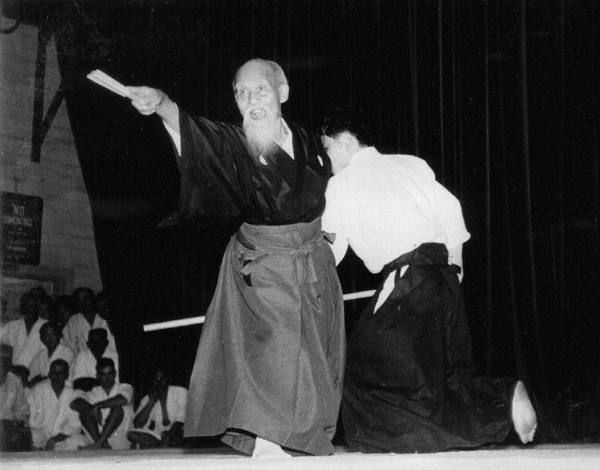 First Meetings with Aikido and the Uchi-Deshi Period

Q: Tamura-sensei, in what year were you born?

A: I was born in Showa year 8 (1933) in Osaka. However, because of the war, during my time as an elementary school student I was evacuated to my mother’s family’s home in Mie prefecture. After the war I went to Tokyo and entered the dormitory of Yukikazu Sakurazawa, who was famous for dietary therapy.

Q: Were you learning Macrobiotics (Sakurazawa method of dietary therapy)?

A: From the beginning my parents were on a brown rice diet, so there was some relation. I had also read some books about it and developed an interest. My later travel to Europe was also influenced by Sakurazawa Sensei’s statement “More young people should go see foreign countries”.

Q: How old were you when you went to Tokyo?

A: I was a first year student in high school. I stayed with Sakurazawa Sensei for a year, and then I was invited to work in Hokkaido. However, after just a month the work disappeared so I spent some time wandering around Sapporo and working in the black market. While that was going on my parents filed a missing persons report and I was taken back home.

Q: Eh? Did you really run away from home?

A: My father had passed away and I had a moment of freedom, so I took off for Tokyo (laughing). Then, I went home for a little while, but I soon said that I needed to study for the university entrance examinations and went back to Tokyo.

Q: Up until that point did you have any experience in Budo?

A: Not really. My father went to Busen (武道専門学校 – Budo Vocational School), so he was a Kendo instructor, but he left for the war when I was five years old and right after he returned from the war he had complications from a cold and passed away from tuberculosis.

A: Sakurazawa Sensei had published a book in France called “Judo”, and it talked a little bit about O-Sensei. Also, at that time Seigo Yamaguchi Sensei had been demobilized, and he would come to meet his older brother, who was in Sakurazawa Juku. He would come in his naval uniform, wearing a military cap and long boots, he looked very dashing. When we were children naval or air force uniforms would make a big impression on us (laughing). At that time three guarantors were required to enter Hombu Dojo, Yamaguchi Sensei became one of them for me.

Q: So, happily, you were able to enter Hombu Dojo?

A: No, and talking about entering, although I wanted to go to the Dojo I really didn’t have any money. So at first I was taught by the Macrobiotic people who were studying Aikido. There was one point at that time when I approached a doctor who was studying Macrobiotics and asked him to take on as a houseboy in exchange for room and board. I was able to do it because it was that period of my life, but when I think about doing such things now I break out in a cold sweat (laughing). So, I worked at a restaurant during the day and was finally able to attend Hombu Dojo, but but I only paid the monthly fees about one time. At that time in Hombu Dojo Ni-Dai Doshu Kisshomaru Sensei was the Dojo-cho, but he never said anything about it. I never even paid for promotions. At that time O-Sensei was going back and forth between Iwama and Tokyo, and I and the Uchi-Deshi would act as Otomo (attendants). 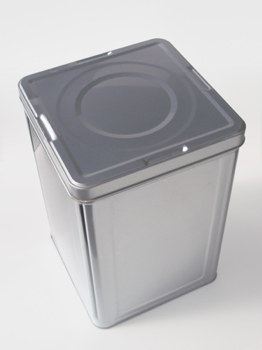 Q: After you became able to attend Hombu Dojo, did you become an Uchi-Deshi?

A: Speaking of that, Yamaguchi Sensei was living in an apartment that he had rented near the Dojo, but he was planning to go back to his hometown for a month to get married and had asked me to look after the apartment while he was gone. He also said that it would be alright for me to eat the rice he had in an 18 liter can (一斗缶), so I took advantage of this heaven sent opportunity. Anyway, Yamaguchi Sensei brought his wife back with him. So..I had no place to go and no idea what to do. I think that Yamaguchi Sensei must also have been secretly worried about having this inconsiderate person living with him and and his new wife in one eight mat room. So Yamaguchi Sensei said, “Tamura-kun, what about becoming an Uchi-Deshi at Hombu Dojo?”. When I asked, “Eh? How much money would that cost?” he replied, “You don’t need to worry about money, I’ll ask Waka Sensei (Kisshomaru Ni-Dai Doshu) for you.”, so I picked up my futon and made my way to Hombu Dojo.

Q: How many Uchi-Deshi were there in Hombu Dojo at that time?

A: At just that time there was nobody else who was called an Uchi-Deshi. However, a family that had been burned out by the firebombing during the war was living at the side edge of the Dojo. There was also a time when Okumura (Shigenobu) Sensei’s family lived in one room of the Dojo. At that time there were members such as Yasuo Kobayashi, Masamichi Noro, Katsuaki Asai, Yoshimitsu Yamada, Kazuo Chiba, Seiichi Sugano, Mitsunari Kanai, Yutaka Kurita, Mitsugi Saotome and others that are now instructors in places all over the world. Nocquet (André Nocquet) also came around this time.

Q: What were your first impressions upon meeting the Founder?

If you’re talking about impressions…I had seen some photographs, so I already had the feeling that he was an incredible martial artist. He’d slip into the early morning practice, show a few techniques, and then instantly slip away out of the dojo. If he felt like he would lecture for a while, but since we were all quite young most of us were just thinking “When is practice going to start?”. (on the content of the lectures) About the gods – Izanagi, Izanami and so on. Sakurazashiki (Macrobiotics) has the same way of thinking, so I thought that maybe he was saying something about In and Yo, but that’s really about all that I understood.

Q: At that time did you have the chance to be a partner for the Founder’s demonstrations?

A: Not at that time. At that time Waka Sensei and Yamaguchi Sensei were used exclusively. The only people instructing Aikido were O-Sensei and Waka Sensei. For that reason only those two people were “Aikido teachers”. At first Hombu Dojo only had training in the morning and the evenings. On one windy night before I become an Uchi-Deshi nobody else came, so when Waka Sensei asked me, “Tamura-kun, what should we do?” I said, “Sensei, how about Coffee-En (a coffee shop that was nearby the Dojo at that time)?”, so he took me there and bought me some coffee. Even when the economic times were hard Kisshomaru Doshu always looked after us young people like his own children.