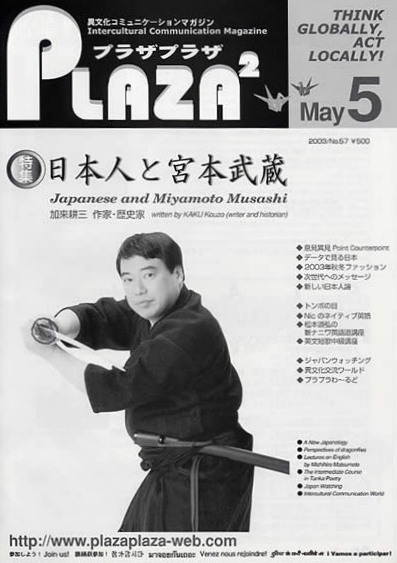 Kozo Kaku on the cover of Plaza Magazine

Kozo Kaku (加来 耕三) is an Aikido fourth dan, a menko kaiden in Taisha-ryu Kenjutsu (タイ捨流), and a well known author of books on Japanese history, especially with themes related to Japanese Budo.

This article is a translation of a section of his book “Post-war Aikido, a Tale of Rival Warlords – the Men who Built World Aikido” (戦後合気道群雄伝―世界の合気道を創った男たち), an examination of the establishment of Aikido after the war. This particular section details some of the author’s research on the transmission of Aikido to Hawaii.

Aikido arrived in 1953 when Koichi Tohei first visited Hawaii at the invitation of the Hawaii branch of the Nishi Health System.

Aikido Founder Morihei Ueshiba O-Sensei followed, making his one and only trip to the United States in order to dedicate the new Honolulu Aiki Dojo, the first dojo in the United States built exclusively for the practice of Aikido. 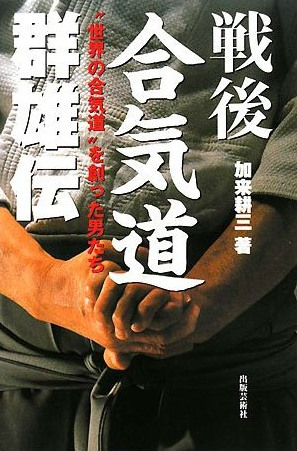 Post-war Aikido, a Tale of Rival Warlords
The Men who Built World Aikido

I had previously been blessed with the chance to interview Takaji Ishida (石田高次) shihan, a Japanese nisei who had participated in Aikido in Hawaii from the beginning, about Tohei’s activities and the history of the Hawaii Aikikai. 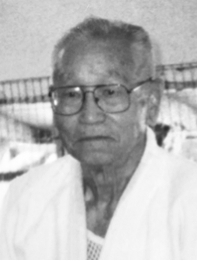 At the end of August/the beginning of September in Heisei year 6 (1994) a public ceremony was held in Hawaii for 2nd Doshu Kisshomaru Ueshiba to award 8th dan to Ishida, and I attended it for my research.

During that time I was able to meet virtually every one of the high ranking Aikido practitioners in Hawaii. However, the public ceremony schedule was very tight and I didn’t have enough time for exploration and individual interviews. 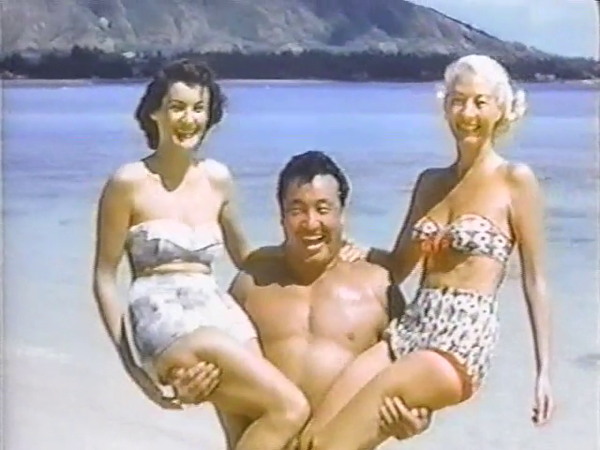 Rikidozan in Hawaii with Diamond Head in the background, 1953

I wanted to know about the history of the Hawai Aikikai, the trail of Koichi Tohei, and the connection to Rikidozan (Translator’s Note: 力道山, a Korean professional wrestler called Mitsuhiro Momota / 百田光浩 in Japan, and popularly known as the father of Japanese pro-wrestling. ).

When I list the things that I was able to clarify, I see that Tohei’s dissemination of Aikido to Hawaii and the American mainland was first made possible through the aid of the students of Katsuzo Nishi (西 勝造) of the Nishi Health System (西式健康法).

At that time there was nobody in America who knew of the existence of Aikido, but the Nishi Health System had been able to gain some supporters among Americans through the Nikkei community.

With aid through that route the Aikikai decided to dispatch Tohei, who put himself forward for the task, to Hawaii and the American mainland.

Chronologically, this was about three months before the time that Tadashi Abe (阿部正) departed for France.

Tohei’s thinking was in agreement with the Hombu Dojo-cho Kisshomaru.

It was the insightful observation of the larger picture by these two Budo-ka that in this period of confusion after the war they would need to look a decade ahead and see that the dissemination and development of Aikido domestically could not be separated from the development of Aikido in the new world overseas. 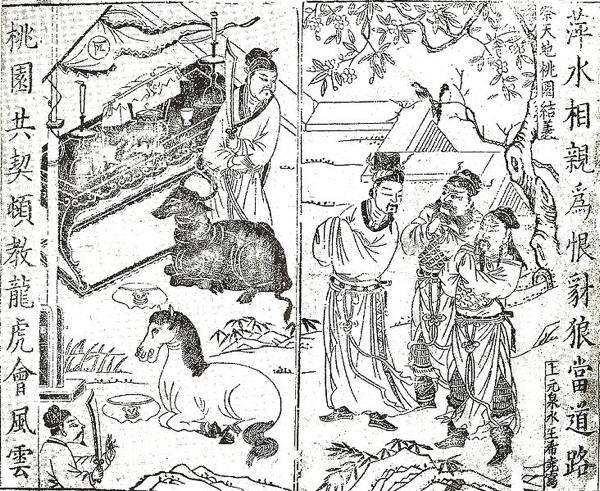 If Tadashi Abe could be counted as one of the three generals in the “Records of the Three Kingdoms”, he would have played Zhang Fei to Koichi Tohei’s Guan Yu.

Translator’s Note: the “Records of the Three Kingdoms” is a Chinese historical text which covers the history of the late Eastern Han Dynasty c. 184–220 CE and the Three Kingdoms period 220–280 CE. It has also served as the inspiration for some very famous Chinese romantic novels such as “Romance of the Three Kingdoms” (三國演義), written by Luo Guanzhong in the 14th century. Three of the central generals are Ryoubi (劉備 / Liu Bei), Kan’u (関羽 / Guan Yu) and Chouhi (張飛 / Zhang Fei).  Liu Bei was a warlord in the late Eastern Han Dynasty who founded the state of Shu Han in the Three Kingdoms period and became its first ruler, Guan Yu and Zhang Fei were two of his early supporters, and shared a close relationship with him.

A year later Aritoshi Murashige (村重有利), whose nickname was “Assassination”, took Kimio Kuroishi (黒石公男, now head of the Kita-Kyushu division) to teach Aikido in Burma at the Mandalay Police Academy, but that’s another story.

In any case, now we’re speaking about Hawaii. 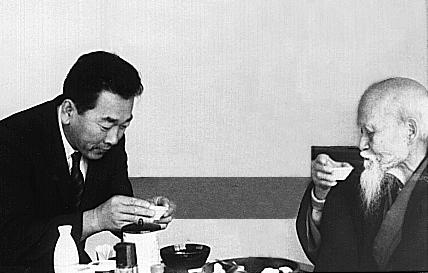 Yorio Wakatake, from the from the McKinley brochure for
Morihei Ueshiba O-Sensei’s public demonstration in Hawaii, 1961

The two people who helped to assist in the acceptance of Tohei in Hawaii were Sadao Yoshioka and Norio Wakatake. They were both practitioners of the Nishi Health System, and had an immense love for Japan (now they are at rest in an Oahu cemetery).

Sadao Yoshioka and Norio Wakatake were both knowledgeable in Judo, and when Tohei arrived they were filled with concern when they first saw him. The two Japanese Nisei, used to seeing large Americans, were surprised to see Tohei, who although large for a Japanese of that time (162 cm / 5′ 3″ tall and 65 kg / 143 pounds), appeared small, skinny and too young to their eyes.

What Tohei was demonstrating in Hawaii was essentially the same as what Tadashi Abe was showing as he took France by storm. In any case, they attempted to show the true value of Aikido in a convincing manner.

There are few left now who remember Tohei from that time, but there are still Aikido shugyo-sha who remember that time with fond memories.

“Anyway, he was strong.”

Was something that they all asserted unanimously.

The next most common recollection was “He was a cheerful and playful instructor”.

The 34 year old Tohei, who could be said to be the “Star” of the Aikikai, was a true match for the eternal summer of the Hawaiian islands.

Together with that “strength”, that cheerful and frank personality entranced not only the Japanese Nisei community, but also many of the local residents of Hawaii. As a result, eight months later the framework for the Hawaii Aikikai was in place.

What kind of instruction did Tohei give in Hawaii?

In any case, there was nobody in Hawaii who knew Aikido, and even when demonstrating there was nobody who was able to take satisfactory ukemi for Tohei, so it must have been quite difficult.

I came across the same story in my researches, but here I will quote an excerpt from “Tohei Koichi, Ki no Michi” (藤平光一 気の道, edited by Kenji Ishii, Nikkan Kogyo Shinbun-sha):

When we began to practice techniques it was difficult for the students in Hawaii to even remember the names of the various techniques. (….) At that time Koichi Tohei chose several people from among the main students to act as assistants.

They would go to the dojo twenty or thirty minutes early and Koichi Tohei would teach them the techniques that he intended to teach that day. Even though they had been chosen as assistants, they were really just a one step ahead of the other students. They all experienced frequent feelings of insecurity when acting as assistants.

Koichi Tohei told them this to give them courage:

“Even if you learned it 15 minutes ago you are the Senior, so do it with confidence!”

On my second research trip to Hawaii I tried to ask around about the connection between Tohei and Rikidozan. Unfortunately, although there were several people who remembered Tohei’s challenges to pro-wrestlers, there was nobody who knew the details of the events in question. Thinking about it, more than fifty years has passed since that time. 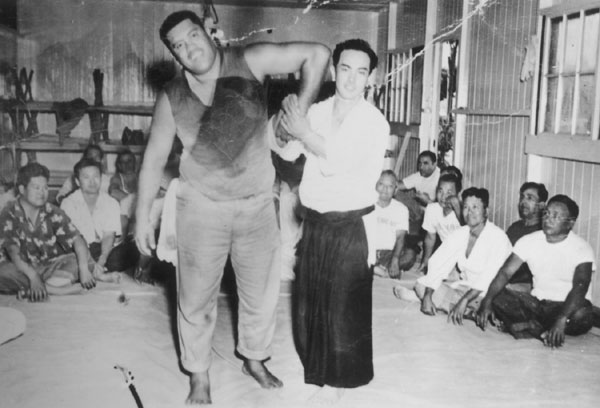 However, there were some more interesting statements in “Tohei Koichi, Ki no Michi”:

There was an officer in the Honolulu Police Department who had learned Sumo from the pro-wrestler Rikidozan. His name was Larry Mehau. He had the body of a Sumo wrestler, and had enough strength that he was called the strongest man in Hawaii.  When Koichi Tohei came to practice in Honolulu he would stand by the entrance to the dojo with his arms crossed in front of his chest. His very stare said “Aikido is a fraud!”.  Koichi Tohei just ignored him.

After a time Larry was told by Rikidozan “That teacher is the real thing. Go and learn from him, because Aikido is the best thing for police”, and he reluctantly signed up for classes. However, when he actually went to train and bring his strength to bear he was amazed to find his giant frame turning upside down in the air.

From that time Larry threw himself into the research of Ki with such enthusiasm that he would see Ki in his dreams. In just one month he became the Sumo and Judo champion of Hawaii. 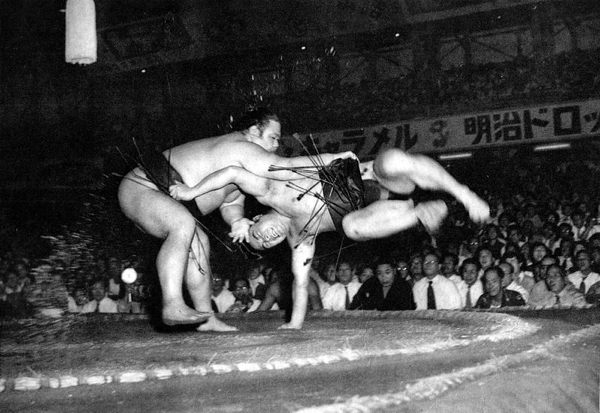 At that time, the former Yokozuna Azumafuji (東富士), the first Yokozuna to turn to pro-wrestling, had a Sumo match with Larry. He may have been inattentive and underestimated Larry, but he was pushed out of the ring three times in a row. And then Kokichi Endo (遠藤幸吉), who had turned to pro-wrestling from Judo, had a Judo match with Larry, but was unable to throw him even once.

Rikidozan knew of Tohei. Furthermore, if he said “he’s the real thing” then he must have seen Aikido as well. In the same “Tohei Koichi, Ki no Michi” there was also a section on Koichi Tohei’s meeting with Kyokushin Karate’s Masutatsu Oyama (大山倍達):

One day he met Masutatsu Oyama, who was famous for his fighting Karate. Masutatsu Oyama brought a group of his followers with him. When he saw Koichi Tohei he started to extend his hand for a handshake, but Koichi Tohei was smiling so he bowed his head and took both of his hands in a handshake. After this short interaction had finished and they had left one of Oyama’s students returned and asked Koichi Tohei this:

“Sensei, what kind of a person are you? This is the first time that I have ever seen our teacher bow their head and greet somebody like that.”

It is said that no matter who he met, Masutatsu Oyama would shake their hand without bowing. 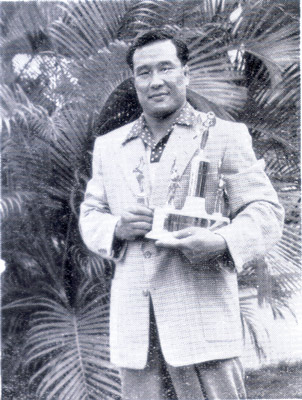 Masutatsu Oyama wrote himself that he visited the Founder Morihei Ueshiba and saw his divine technique.

His university connections included Gozo Shioda, and it may have been that it was through his connections with the Aikikai that he was able to make the acquaintance of Koichi Tohei.

There are also stories of Oyama teaching Karate to Rikidozan in Hawaii. However, the specific connections are still not clear today.

I asked Kisshomaru Ueshiba about this incident, and he just laughed with that particular smile of his rising out of the corner of his mouth and said “Well…a lot of things happened back then!”. Here is the only entry in his book “Aikido Ichiro” (合氣道一路) that seems relevant to that incident:

At the time Aikido had already began to grow in Hawaii, and overseas there were exchanges between Aikikai shihan and people involved in pro-wrestling, and at one time that resulted in some matches. At the most, since they hadn’t agreed upon the rules beforehand, they never went anywhere. People who know about this are very rare today.

2 thoughts on “Post-war Aikido, a Tale of Rival Warlords: Research in Hawaii”