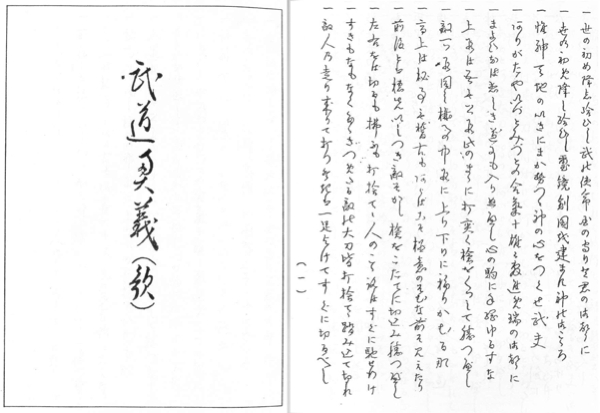 The first known book published by Aikido Founder Morihei Ueshiba (“Moritaka Ueshiba” at the time of publishing) was the 1933 training manual “Budo Renshu”  (published in English under the name “Budo Training in Aikido“). This manual was initially given to his students as a kind of a teaching license.

It was filled with illustrations depicting techniques taught at the Kobukan Dojo which were drawn by Takako Kunigoshi, a student at the Kobukan who began training shortly before her graduation from Japan Women’s Fine Arts University.

The text portions of this work were largely complied and edited by Kenji Tomiki, one of Morihei Ueshiba’s senior students. Kenji Tomiki began training at the Kobukan Dojo in Tokyo around 1926 after being encouraged to meet Morihei Ueshiba by Hidetaro Kubota (who later changed his name to Nishimura), a fellow Judo student at Waseda. 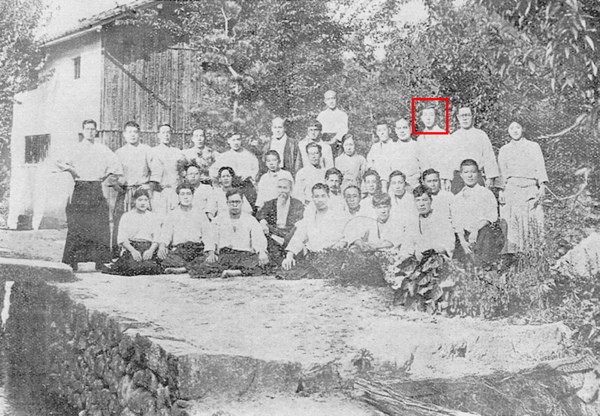 Hidetaro Kubota had trained with Morihei Ueshiba in Ayabe, on the Omoto-kyo compound. One of Kuboto’s fellow students, Yutaka Otsuki(大槻豊), would later go on to found his own school of “Otsuki-ryu Aiki-jujutsu”. 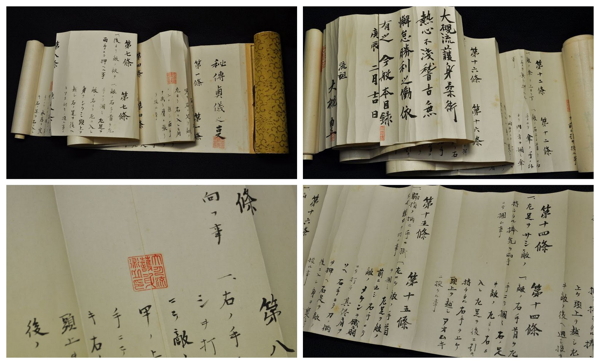 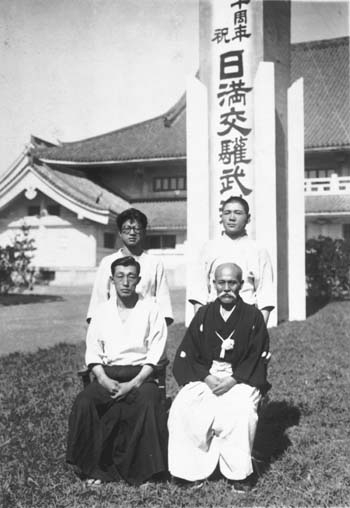 When the Dan ranking system became required by the consolidation of Japanese martial arts by the Japanese government prior to World War II under the Dai Nippon Butokukai he would receive the very first 8th Dan ever to be issued by Morihei Ueshiba.

Tomiki was an instructor at Aikikai Hombu Dojo after the war, but a division gradually developed over the issue of competition in Aikido and the division grew into a split between Tomiki and the Aikikai organization when Tomiki established his Shodokan Dojo in 1967 to refine his teaching methods and then held public tournaments beginning in 1970.

“Aikido Maki-no-Ichi”, published by the Aikikai in 1954

In 1954 Morihei Ueshiba published “Aikido Maki-no-Ichi”, edited by Ni-Dai Doshu Kisshomaru (Koetsu) Ueshiba. This book, which was not publicly distributed (but is available here), duplicates much of the text and many of the drawings that first appeared in the 1933 publication “Budo Renshu” – text that was originally compiled and edited primarily by Kenji Tomiki.

Also in 1954, Kenji Tomiki published a book demonstrating his own efforts at combining the scientific methodology and educational pedagogy that he had absorbed from Jigoro Kano with the teachings that he had received from Morihei Ueshiba. 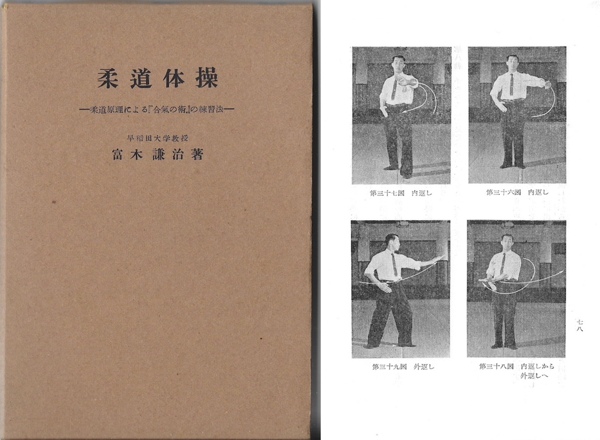 “Judo Taiso – a method of training Aiki no Jutsu through Judo principles”
by Kenji Tomiki, 1954

Like “Aikido Maki-no-Ichi” mentioned above, this manuscript (which includes a forward written by Jigoro Kano’s son Risei Kano – 嘉納 履正) was recovered through the efforts of Scott Burke, who lives in Fukuoka, but often comes to Hawaii to join the local Sangenkai workshops.

About half of the work itself is text – but the pictorial content in the remaining sections should be understandable even to non-Japanese speakers.

8 thoughts on “Kenji Tomiki: Judo Taiso – a method of training Aiki no Jutsu through Judo principles”