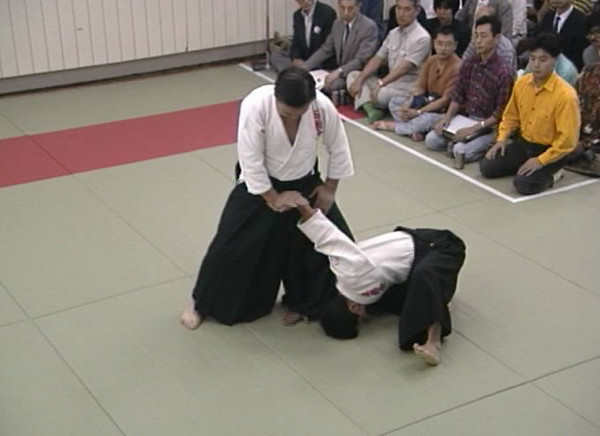 This article is the English translation of an article in Japanese written by Hakaru Mori. It originally appeared in issues number 68 and 69 of the Takumakai Newsletter.

In this article there is some mention of the “Soden”, a large collection of photographs in nine volumes collected by the students at Takuma Hisa’s Asahi Newspaper dojo depicting the techniques taught to them by both Morihei Ueshiba and Takuma Hisa.  Since this type of photography was unusual among traditional arts at the time this involved some small amount of misdirection on the part of Takuma Hisa and his students. According to Hakaru Mori (Aiki News #89, July 1989):

I understand that Hisa Sensei would take Ueshiba Sensei or Sokaku Sensei for a bath after practice and wash their backs. During that time, his students would perform the techniques they learned that day and take photos. Today it is not very difficult to take photos, but in those days it wasn’t easy and it was only possible because of the Asahi Newspaper Company. There are more than 1,500 photos all together.

You may also be interested in Hakaru Mori’s article “The Aiki of Tenouchi“. 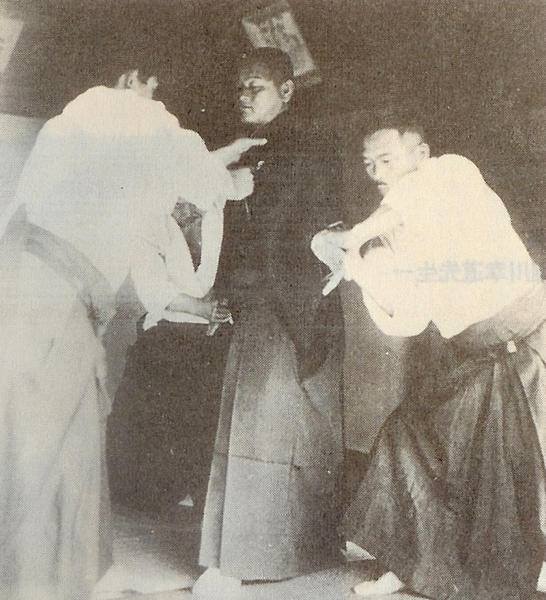 “Kakete” (掛手) is, when facing an opponent in combat, a technique that is applied to an opponent preemptively without waiting for an attack.

The converse of this situation is called “Ukete” (受手), in which technique is initiated after receiving an opponent’s attack. Most Daito-ryu technique are Ukete. Normally, Kakete is first taught only after one has significantly high rank.

For that reason, even among Takumakai members there are more than a few people who are unaware that Kakete exists in Daito-ryu.

I have always had an interest in the existence of Kakete in Daito-ryu, and in the content of those techniques. At each opportunity I have continued to research and practice these techniques.

What has held the most interest for me is Aiki in Kakete, whether Aiki techniques can exist in Aiki, and if they exist what kind of techniques they might be.

For example, in the Takumakai the familiar wrist grabbing techniques such as “Aiki-age” and “Kate-dori/Ryote-dori Aiki-nage” are one example of Aiki techniques that are taught from the beginning levels. These techniques all begin after receiving an attack (in this case an attack grabbing one’s forearm) from the opponent, in a classic example of Ukete Aiki techniques.

Therefore, when applying such techniques there is no way of utilizing the opponent’s method of attack. From the beginning the technique has no relation to the attack of the opponent, and must function independently as an Aiki technique.

I have had a continuing interest in what, specifically, these techniques were, and how they differ from the better known Ukete Aiki techniques. 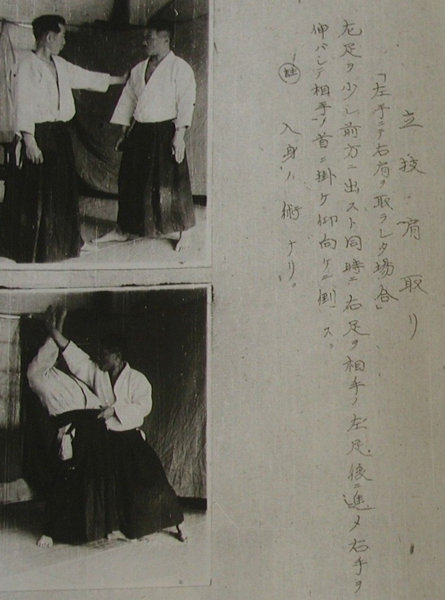 Upon investigation, we can see that in the Takumakai many techniques using this Kakete technical method have been transmitted in the practical technique section of the Soden collection of photographs.

In the nine volumes of the complete Soden set of photographs alone there are some fifty-plus techniques, approximately ten percent of the total 547 technical methods noted.

If one picks out the Kakete from the practical techniques taught by Hisa sensei and adds them to this number then it can be thought that the total number of Kakete transmitted to the Takumakai easily surpasses one-hundred.

That there are this many Kakete may come as quite a surprise to those who believe that there are no Kakete in Daito-ryu, that in Daito-ryu technique begins after receiving an attack from the opponent, that all techniques are Ukete.

However, Daito-ryu Aiki-jujutsu is absolutely a Sogo Bujutsu (*a broad based, integrated, composite military system), not simply a method of manipulating a person’s body, so this large number of Kakete should come as no surprise. Rather, it would be odd if they did not exist.

Now I would like to discuss what kind of Aiki techniques can be applied when performing Kakete techniques.

“Kakete” (掛手) is, when facing an opponent in combat, a technique that is applied to an opponent pre-emptively without waiting an attack.

In other words, since those techniques are composed of a combination of the defence and the attack, the movements are several times more complex then Kakete techniques.

The majority of Daito-ryu technique is composed of these Ukete techniques.

However, upon investigation we find that many Kakete techniques have been transmitted in the Takumakai in addition to these types of Ukete techniques. 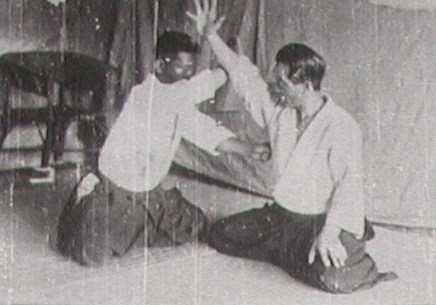 From volume one of the Soden (総伝)

Also, that Daito-ryu’s three major systems of technical methods – joint, vital point and Aiki, are utilized in the case of both Kakete and Ukete, and the technical principals and methods are essentially the same in both.

It is only Aiki techniques that are an exception.

Fundamentally, there are two iron rules in Aiki techniques – (1) no power is used when applying the technique and (2) in order to apply the technique one does not grasp the hand or clothing of the opponent.

Whether in the case of either Ukete or Kakete, for Aiki techniques one must strictly adhere to these iron rules.

For example, in classic examples of Ukete Aiki techniques such as Katate-dori Aiki-nage or Ryote-dori Aiki-age, the opponent’s method of attack (in this case an attack grabbing one’s forearm) is used to enable the application of Aiki in the counter-attack, and although the technique may be difficult, one can adhere to the iron rules of Aiki technique.

However, for Kakete Aiki techniques, which preemptively apply technique when the chance arises at a stage in which the opponent has not yet begun any kind of attack, the attacking method which is utilized above has not yet come into existence.

In this condition, if one attempts to manipulate the opponent’s body softly, one cannot help but violate the second iron rule (in order to apply the technique one does not grasp the hand or clothing of the opponent).

At that instant, although that technique may be Kakete, it is no longer an Aiki technique.

I spent much time researching through the Soden, training and refining, and have been able to grasp a number of Aiki techniques.

It is my belief that these Kakete Aiki techniques touch the essence of Aiki, and that those technical principles and techniques hold a place at the height of the secrets of Aiki-no-Jutsu.

2 thoughts on “Hakaru Mori on Kakete and Aiki no Jutsu”