Morihei Ueshiba and Aiki, both Technical and Spiritual

The dichotomy between Aiki as a technical principle and Aiki as a spiritual principle has come up in a number of conversations recently, but I suspect that this has been a matter of discussion since Taisho year 14 (1925), upon Morihei Ueshiba’s spiritual experience after defeating a young naval officer’s attack with a bokuto (bokken):

I attained the realization that the source of Budo is the love of the Gods, the spirit of Universal Loving Protection, and tears of ecstasy streamed endlessly down my cheeks.

Here’s a comment from Takashi Sasaki Sensei on the importance of understanding Aiki:

Aikido can be simply understood as the “Way of Aiki” (合気之道), the pursuit of Aiki, but understanding exactly what the Aiki is that we ought to be pursuing can be rather difficult. For that reason, or perhaps because we can generally practice Aikido in the beginning without understanding what Aiki is, we think that we don’t need to know what it is and continue to train in the meantime without thinking about it very much.

Takashi Sasaki entered Aikikai Hombu Dojo in 1962 and received a Ni-Dan directly from Aikido Founder Morihei Ueshiba. You may remember him from the article “The Secret of Aikido is love?“. From Sasaki’s thoughts on Love in Aikido you can see that, like Morihei Ueshiba, he places great importance on the concept of Love.

Ueshiba himself seems to view his version of Aiki as something different, a break from times past, and intimately connected with “Love”:

The term Aiki has existed since ancient times, but since “Ai” (合) leads to “Love” (愛), I have chosen to call this unique Way that I have mastered “Aikido”.
This means that the substance of the Aiki that the warriors of old spoke of and the Aiki that I speak of are fundamentally different.

(*Note: read more about the issue of the naming of Aikido in “Aikido ™ – Can it really be trademarked?“)

But what about Aiki without Love? Typically, this is the usage that you will encounter in Daito-ryu – Aiki as a specific technical method. 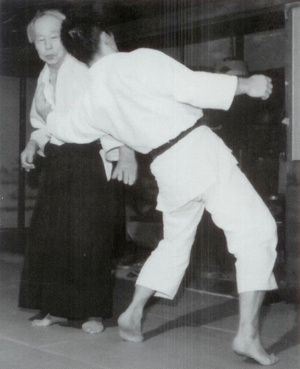 For example, in “Strange, Odd and False Theories of ‘Aiki’” we saw some thoughts from Masaru Takahashi, a Daito-ryu instructor and student of Yukiyoshi Sagawa, on some of the current explanations being floated concerning Aiki. He makes it clear that, in his opinion and experience, Aiki has nothing to do with Love, that nothing could be further from the truth, and that Aiki is at heart a core technical principle of Daito-ryu.

Is it also a core technical principle of Morihei Ueshiba’s art of Aikido?

In this very interesting study by John Driscoll, originally published on AikiWeb, the almost exact correlation between the techniques taught by Morihei Ueshiba and the techniques of the Daito-ryu Hiden Mokuroku shows the continuing technical links between the two arts.

What about those who argue that Morihei Ueshiba gave up or somehow radically altered that technical legacy? Well, the study above is rather telling in and of itself, but then you also have the fact that virtually all of the technical demonstrations of Aiki given by Morihei Ueshiba were duplicated (or perhaps even exceeded) by his peers in Daito-ryu. 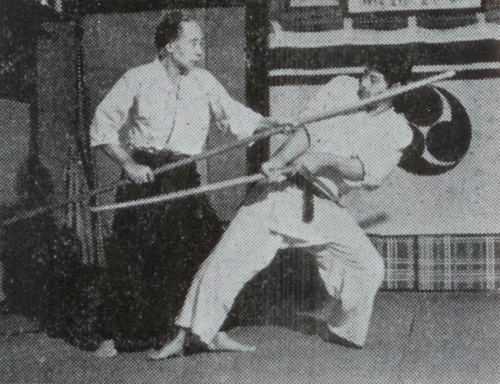 Then, there’s this – around 1956 Morihei Ueshiba O-Sensei himself thought that what Daito-ryu Aiki-jujutsu instructor Yukiyoshi Sagawa was teaching was close enough to Aikido that he invited Sagawa to become an instructor at Aikikai Hombu Dojo. Although the arrangement was eventually refused by Sagawa, the fact that the offer was made and sanctioned by the Founder should say something important about the continuing technical connections between Ueshiba’s art and the original Daito-ryu.

Aiki is to draw forth the opponent’s unconscious (instinctive) movement.

Compare that to this description of Aiki by Morihei Ueshiba (via Takashi Sasaki):

Aiki is a technique to stimulate the opponent’s defensive instincts, and draw out instinctive unconscious movement (from the opponent).

Well, he didn’t get to the spiritual heights from nowhere, and there is a reason that he was still teaching a physical method while preaching a spiritual and philosophical ideal. Moriehei Ueshiba found his way to the spiritual side of Aiki that he quoted so often through the technical method, and this was the basis and the engine for his spiritual training:

I know of no other way to rebuild the world than through Aikido.

Before you ask, no – I don’t believe that he’s saying that Aikido is the only way to better the world. I do think that, if you read the quote in the context of “Take Musu Aiki”, that he means that that this is the only method through which he himself was able to find the way to “rebuild the world”. He also notes in other places that he arrived at this understanding through training:

“I am the universe”, one who was grasped the secret of Aikido has the universe within them. I came to this realization through the art of war.

In this context the section below from “Take Musu Aiki” begins to become clear:

It would not be correct to say that my Takumusu Aiki emerged from religion. True budo illuminates religion. It guides incomplete religion to completion.

Here we again see Morihei Ueshiba emphasizing that Aikido was not born from religion. We also see Ueshiba implying that the practice of this Budo provides something can be missing from religion – that is, the bridge between the practical, physical world and the spiritual, religious world.

This is where we come to what Ueshiba considered to be his sea change:

In contrast with the “spiritual” Bujutsu of the past which emphasizes physical techniques, “Take Musu Aiki” is a “spiritual” method that emphasizes spirituality.

You may notice that “spiritual” appears on both sides of the equation – confused yet?

So, we might say that he is moving from a physical to a spiritual expression of Aiki – except that’s not really what I’m saying.

In the case above he’s speaking about a change in purposes – in other words, saying the same tools of Aiki training that produced the physical effects that he and many others became famous for can also be used to produce spiritual effects, if that is your goal and your intent.

This becomes clear as we read through the context in which these statements are made, in which he states (with great repetition) the relationship of the two souls in classical Chinese terms, in terms of Yin and Yang. Morihei Ueshiba spoke about Yin-Yang (or rather In-Yo) incessantly, both explicitly and implicitly – of course, Yin-yang is the basic model of Chinese metaphysics and the Chinese martial arts.

In the Chinese metaphysical model, the two souled Kon-Paku (Hun-Po) structure is one example of an In-Yo (Yin-Yang) dynamic – two opposing, but interrelated and interdependent aspects. In a trained state the Haku/physical aspects of our lives support and protect the Kon/spiritual aspects.

In the same vein, according to Morihei Ueshiba:

The spirit enters and nurtures the physical (Haku) and protects the spiritual (Kon).

(*Note: there is an implied relation here to the Chinkon Kishin exercise, but I won’t go into that at this time)

The basic goal of the dynamic under this model is seen as being to harmonize these two forces for health, balance in your life and…self-realization – leading to to a direct experience of heaven on earth, united by man.

Aikido is a compass pointing towards the establishment of heaven on earth.

(*Note: there is more information about Ueshiba and heaven-earth-man available from the links at the bottom of this article)

In Chinese and Taoist culture there are a number of common methods for achieving this refinement of the two souls, including arts such as Taiji and other Internal Chinese Martial Arts.

It’s one thing to talk about universal love and peace – but how do you get there? And while you’re on your way, how do you stay on track? How do you get to the universe without flying off into outer space? 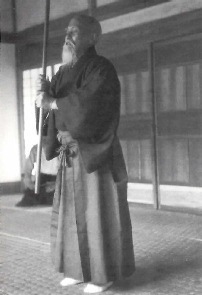 For Morihei Ueshiba the answer lay in the spiritual expression enabled by the technical training in Aiki that he received from Sokaku Takeda.

The two are tied together intimately.

So much so that to ignore it is to cut yourself off from the very methods that Morihei Ueshiba himself employed to reach towards his goals.